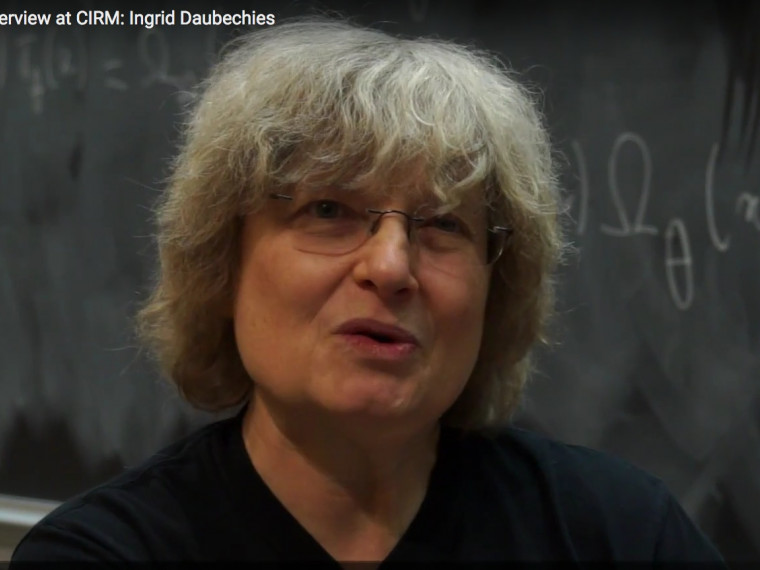 Ingrid Daubechies (born 17 August 1954) is a Belgian physicist and mathematician. Between 2004 and 2011 she was the William R. Kenan, Jr. Professor in the mathematics and applied mathematics departments at Princeton University. She taught at Princeton for 16 years. In January 2011 she moved to Duke University as a James B. Duke Professor of mathematics. Daubechies was the first woman to be president of the International Mathematical Union (2011–2014). She is best known for her work with wavelets in image compression. (Source: Wikipedia)