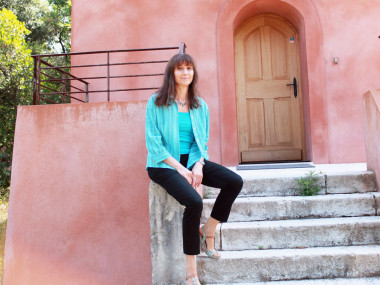 Integrability and Randomness in Mathematical Physics

For 50 years, integrability has continuously staked claims in an ever-growing range of applications in mathematics and in physics. The modern theory of integrable systems grew up around the study of the Korteweg de Vries (KdV) equation, with origins in the seminal work of Kruskal and Zabusky about the recurrence behavior of solutions, the discovery of the Lax pair, multi-soliton solutions and infinite number of conservation laws. In later surprising connections, integrable systems like the KdV equation and the Toda lattice were proven to appear in fundamental combinatorial models, in random matrices and the geometry of moduli spaces. Discoveries from integrable systems have substantially influenced a number of areas of mathematical physics. Here is a short list of relevant examples: The generating function of Hurwitz numbers and various classes on moduli spaces coincide with tau-functions of integrable systems.

Partition functions of exactly solvable statistical models like the Ising model and the six-vertex model have been shown to be tau-functions of integrable equations  Random particle models appearing through connections to representation theory have an integrable structure, now referred to as integrable probability.

Local statistics of a large collection of matrix models and determinantal point processes in scaling limits (either in the bulk or at spectral edges) are related to integrable operators.   In general, integrability provides the route to an explicit description of behavior and phenomena that turns out to be ubiquitous in nonlinear systems. This statement is particularly true in the theory of nonlinear PDEs where the typical behavior of integrable PDEs is canonical far beyond the integrable examples. The central ambition of the programme will be to bring together mathematicians and physicists that work broadly in the field of integrability and randomness and to exchange and foster ideas and learn about new results and techniques.

We expect that the themes of the semester will be, by its very nature, intertwined with a very wide swath of mathematical and scientific domains: ​ Mathematics: mathematical physics, integrable systems, probability, PDE, number theory, algebraic combinatorics.