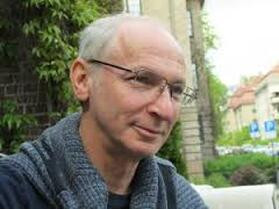 The theory of directed polymers and Kardar-Parisi-Zhang (KPZ) scalings is one the most active areas in statistical mechanics and mathematical physics in the last 10 years. Directed polymers are random walks in a disordered environment given by a random potential. For a fixed realization of a potential, one either consider a probability distribution on paths of a given length n, so-called polymer measure, or a single action-minimizing path corresponding to a limit of zero temperature. The main problem is to understand the asymptotic behaviour of both objects in the limit of large n. A big progress has been achieved very recently in deriving exact formulas related to Tracy-Widom distributions and Airy processes. It was shown by exact calculations that many models belong to the KPZ universality class. However it is expected that universality holds for extremely general class of disordered systems in dimension 1+1. It is a rare case when highly non-trivial scaling behaviour conjecturally describes both zero temperature (like geodesics in random metric, or action minimizing paths) and positive temperature regimes. It is important to emphasize that the problem is essentially interdisciplinary. It involves ideas from statistical mechanics, probability, dynamics, and PDEs.