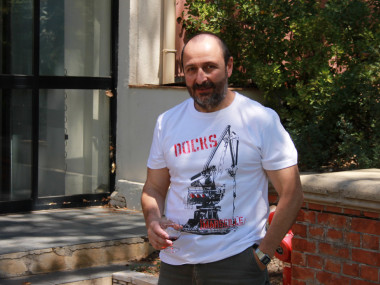 Igor Shparlinski has a career in Number theory and its applications to cryptography, with significant overlap with the research interests of the groups Dynamique Arithmétique, Combinatoire (DAC) and Arithmétique et Théorie de l'Information (ATI) in Marseille. The idea was to link the semester in parts to CIRM's Thematic month on 'Arithmetics' taking place in February 2014. A first week on 'Unlikely Intersections' organized by the Chair was followed by a workshop organized by members of the DAC research group. Weeks 3 and 4 on 'Frobenius distributions' were co-organized with the ATI group. The focus was to introduce and explore new directions of research around the proof of the Sato-Tate conjecture, its generalizations, and the related Lang-Trotter conjecture. Continuing the progression to the interactions of arithmetics with geometry, the thematic month closed with a week on the topic 'On the Conjectures of Lang and Volta'.

The project concentrated around several areas of number theory and its applications to quasi-Monte Carlo methods and cryptography. For both applications, the notion of pseudorandomness plays a very crucial role and thus they both require high quality pseudorandom number generators and randomness extractors. In turn, these applications lead to several subtle questions of analytic and combinatorial number theory, which are of intrinsic mathematical interest and involve the study of distribution of integers with prescribed arithmetic or combinatorial structure (e.g primes or smooth numbers and numbers with prescribed digit expansions). One of the new directions envisaged was to obtain polynomial analogues of several important results and conjectures which are known in the number case.

Furthermore, driven by applications to elliptic curve cryptography, the project also addressed several theoritic and algorithmic questions related to elliptic and higher genus curves. The above applications were used on a combination of advanced number theory methods such as a) bounds of exponential and character sums; b) sieve methods and c) Subspace theorem and other Diophantine methods, which are developed by the members of DAC as well as the methods of algebraic geometry and commutative algebra such as d) effective forms of Hilbert's Nullstellensatz; e) Newton polytopes and f) Hilbert's Irreducibility theorem, which are developed by the members of ATI. The potential applications to pseudorandomness are of main interest to the members of DAC, while the applications to elliptic curve cryptography are one of the main directions of ATI. More specifically, the project consisted of the following closely related and cross-fertilising areas: 1. Pseudorandom number generators 2. Integers of cryptographic interest 3. Distribution of points in small boxes on curves over finite fields 4. Arithmetic and group theoretic properties of elliptic curves over finite fields.