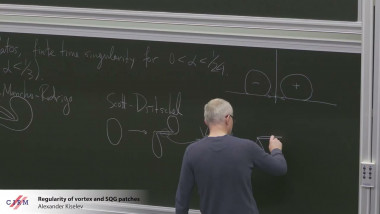 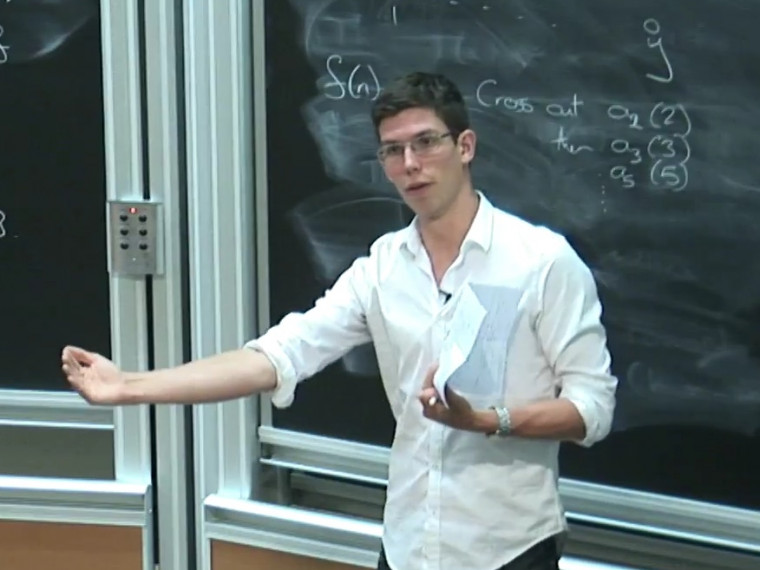 James Maynard (born 9 June 1987) is a British mathematician best known for his work on prime gaps. In November 2013, Maynard gave a different proof of Yitang Zhang's theorem that there are bounded gaps between primes, and resolved a longstanding conjecture by showing that for any $\displaystyle m$ there are infinitely many intervals of bounded length containing $\displaystyle m$ prime numbers.

In August 2014, Maynard (independently of Ford, Green, Konyagin and Tao) resolved a longstanding conjecture of Erdős on large gaps between primes, and received the largest Erdős prize ($10,000) ever offered.

After completing his bachelor's and master's degrees at University of Cambridge in 2009, Maynard obtained his D.Phil. from University of Oxford at Balliol College in 2013 under the supervision of Roger Heath-Brown. For the 2013–2014 year, Maynard was a CRM-ISM postdoctoral researcher at the University of Montreal. In 2017, he was appointed Research Professor at Oxford.