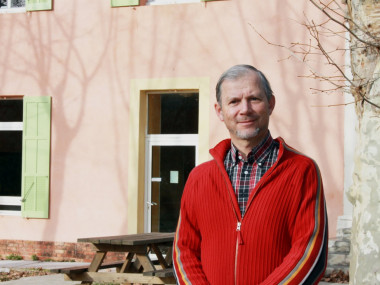 The central idea for this semester of the Jean Morlet Chair was to promote the connection between mathematical analysis, function spaces, atomic decomposition and application areas within mathematics and applied sciences, which was certainly also in the spirit of Jean Morlet, the inventor of wavelets.

Function spaces have become a central object in analysis in the last decades. Traditionally, Lebesgue spaces and Besov/Sobolev spaces dominated the scene, however modern analysis (real, complex and harmonic) makes use of a large variety of Banach spaces of functions (and distributions) respectively. These are typically described by certain (Banach frame) expansions, e.g. with respect to wavelets, or Gabor families, or shearlets, and are well suited to describe approximation behavior by finite dimensional subspaces.

As such, they are equally important for considerations concerning the numerical (approximate) realization of linear operators, or their inverse, which ideally should provide the solution with the minimal computational costs to the best possible degree - as measured in one of those function spaces.

The overall goal of the program was to further exploit the unifying view-point that has been brought to the scene with the creation of coorbit theory, which recently has extended deeply into group representation theory, complex analysis and application areas. Modulation spaces are related to Gabor expansions and have turned out to be closely related to slowly varying channels modelling mobile communication, while at the same time being well suited for the description of pseudo-differential operators belonging to the Sjoestrand class.

The overall goal of the program was to bring together people from the different subject areas and promote the unifying perspective of this approach.